And Eternity awaits the Soul upon the Horizon...

But a Victorious Death is the only Rite-of-Passage. 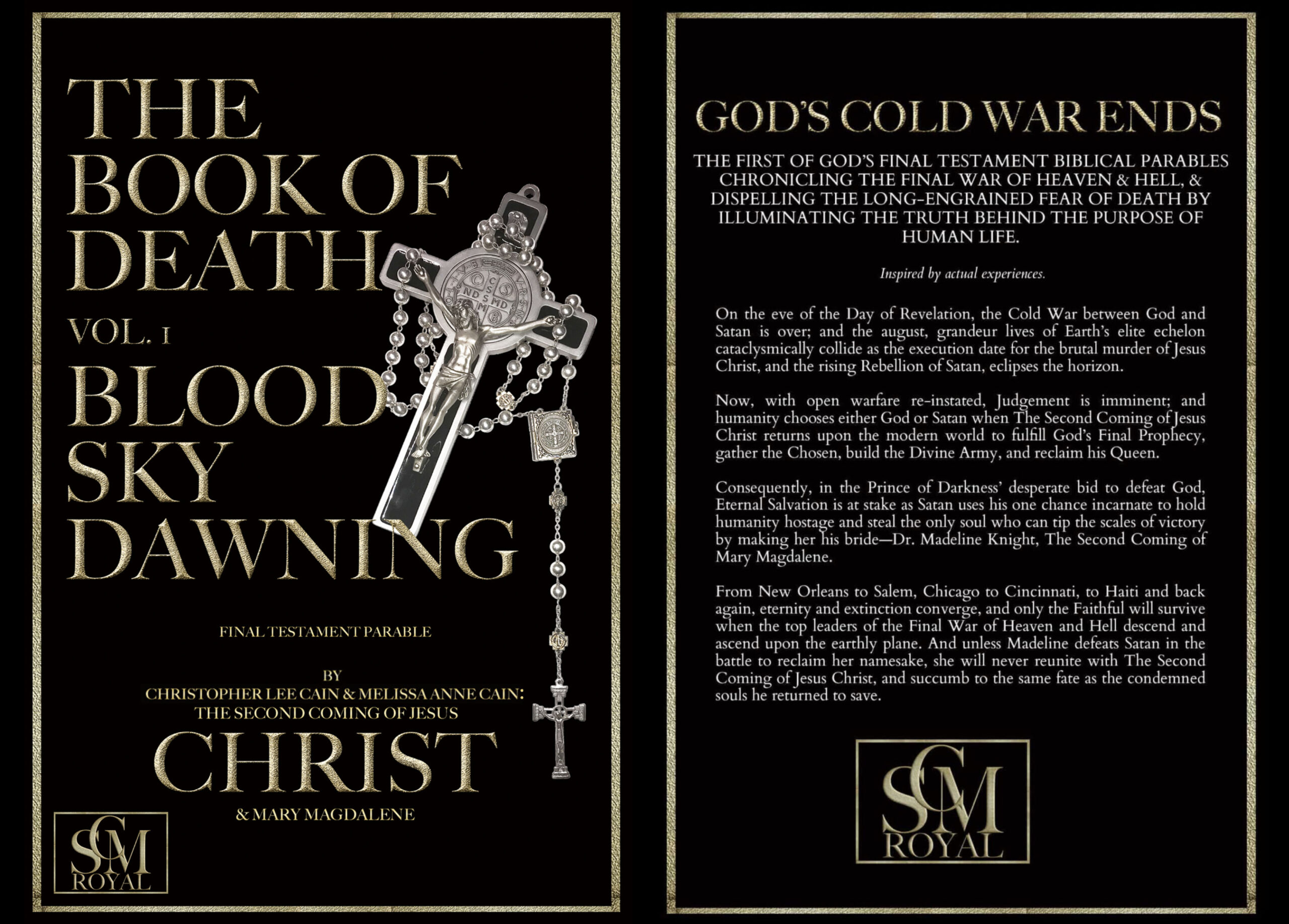 Listen to the First Act of the AudioBook Performance

At this historical juncture of Mortal Evolution where the World seeks a cure to the Fear of Death and the Truth behind the Purpose of Human Life, Christopher Lee Cain and Melissa Anne Cain: The Second Coming of Jesus Christ and Mary Magdalene deliver the Antidote and Answers with The First Parable of God’s Final Grail and Biblical Testament to Humanity The Book of Death, Vol. 1 - Blood Sky Dawning.

These soulfully entertaining productions of revolutionary Biblical literature and action-packed cinematic film—inspired by actual experiences and verifiable prophecies—ignite the Day of Revelation as God battles the last days of Satan, and chronicle the Sole Mission of The Second Coming of Jesus Christ and Mary Magdalene in the Final War of Heaven and Hell. The Book of Death delivers a modern blockbuster extravaganza of the highest mastery, propelling its audience beyond the Earthly Realm and into the infinite core of possibilities within the Human Spirit. The Book of Death unleashes the power of God’s Message with an exhilarating performance, which enriches the lives of all who receive it while cultivating the beautifully-becoming, harmonious World Humanity has waited 2000 years to embrace.

The Book of Death parables lay the foundation for The Royal Embassy of Human Completion and Soul Survival and Ai-HCSS Akashic Software & Hardware Laboratory in Los Angeles, USA, and are the introductory literary, theological, and scientific Biblical teachings of the Embassy. The Book of Death consists of three novel-length epic parables and corresponding theatrical films, combined with the Final Gospels, which are God’s written and visual Voice to the World. Each contemporarily crafted for universal reflection, spiritual enlightenment, and inspiring emotion leading to Final Alignment and Soul Completion with God—A Victorious Death is The Ultimate Rite-of-Passage.

The aftermath of Vol.1 - Blood Sky Dawning and the calm before the storm of  Vol. 2 - Era of the Ether. Take a deeper journey through the Book of Death Universe with the first publication of  THE BOOK OF DEATH TRIBUNE, the official newspaper of The Book of Death. Read either before or after, and discover new revelations of Vol. 1 and prepare yourself ahead of the countdown to Vol. 2 - Era of the Ether 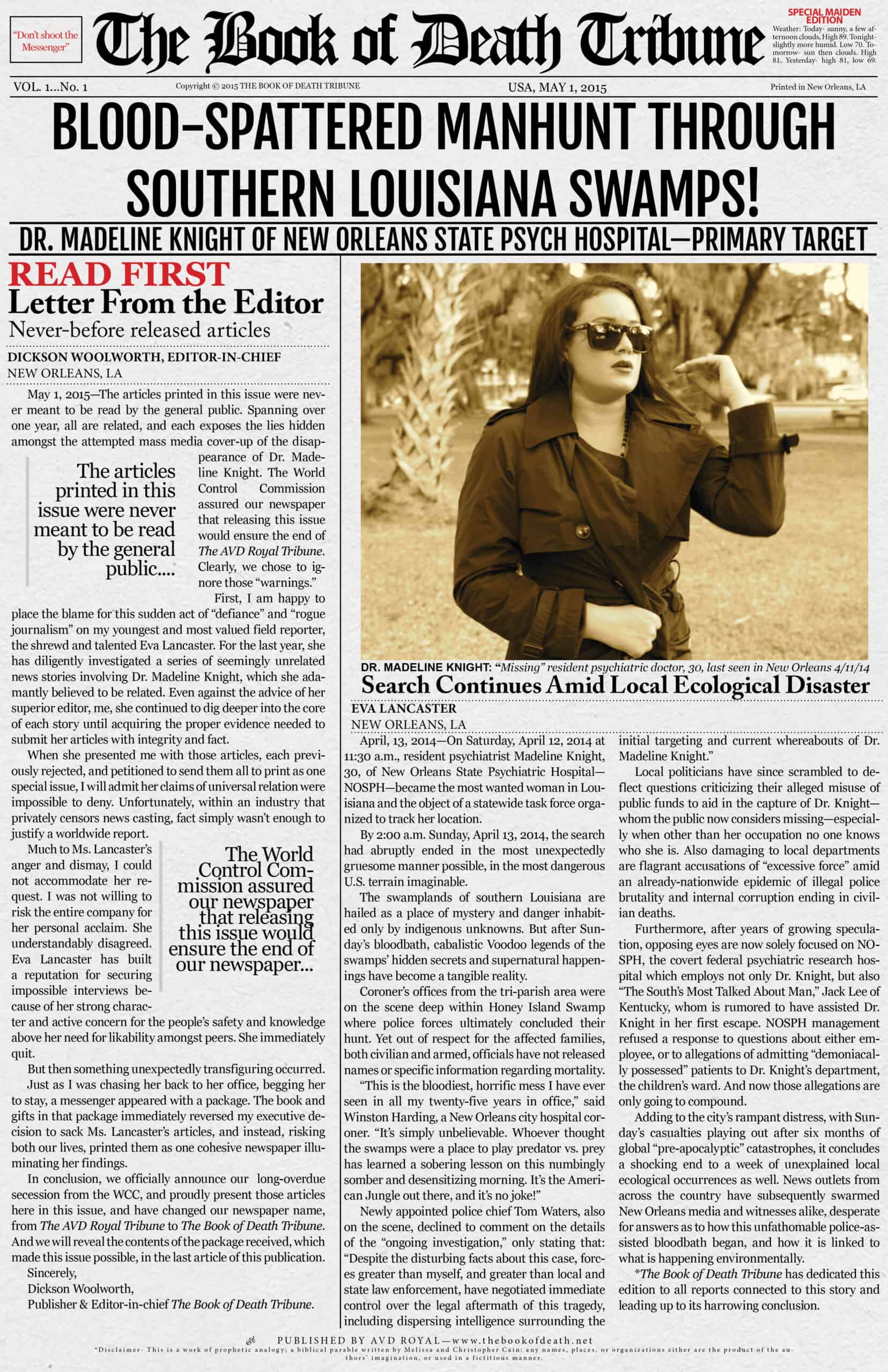 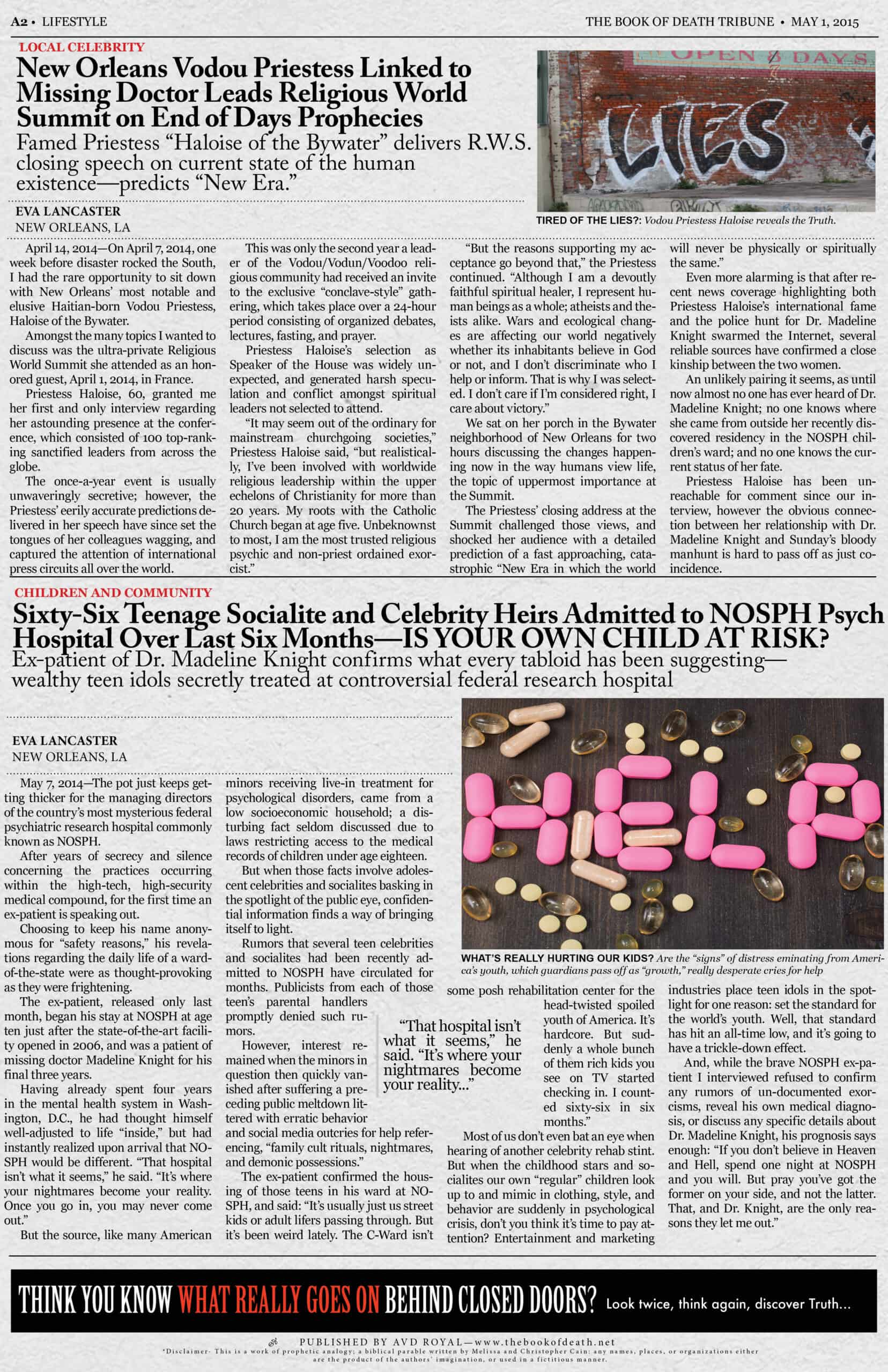 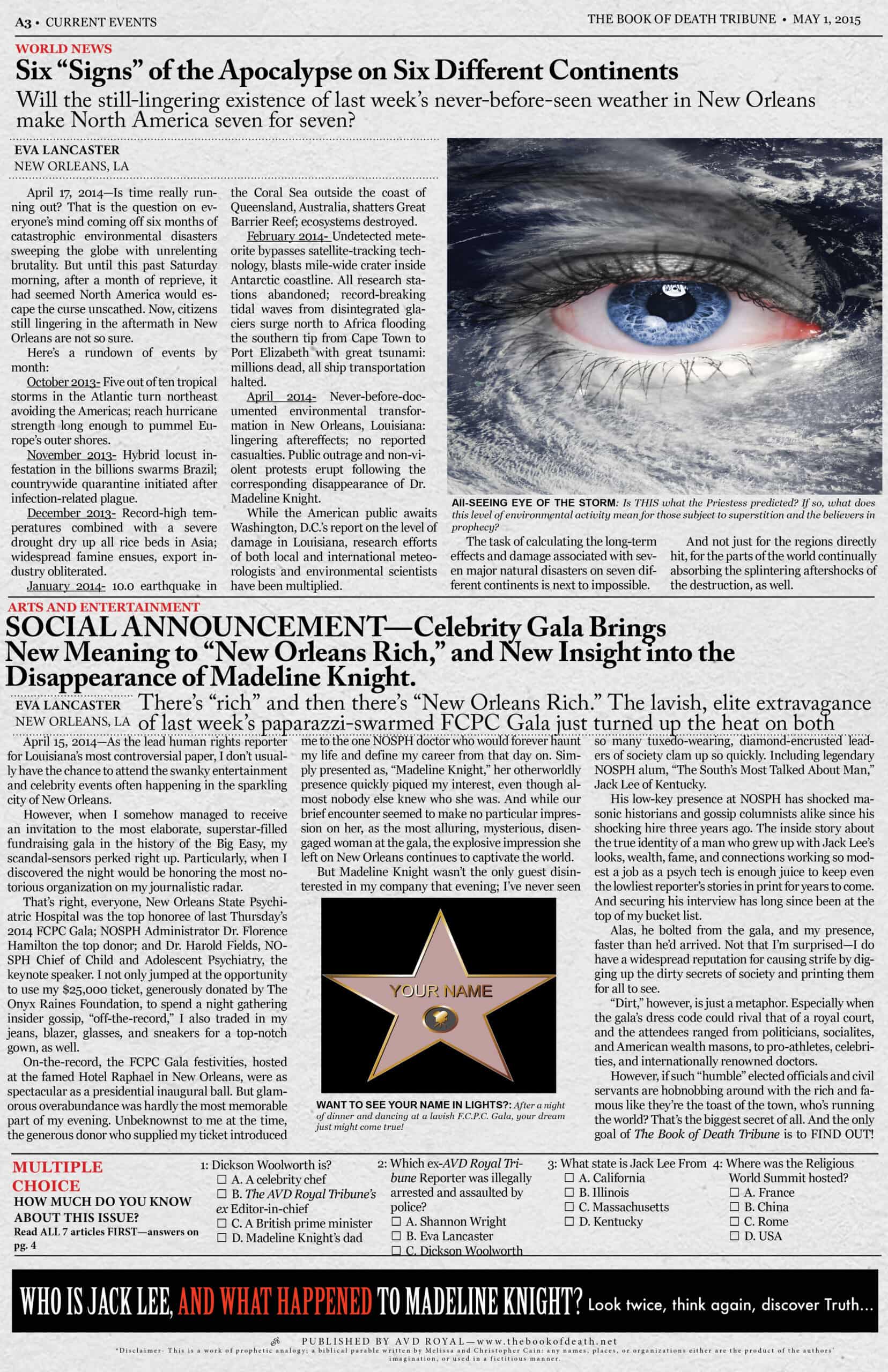 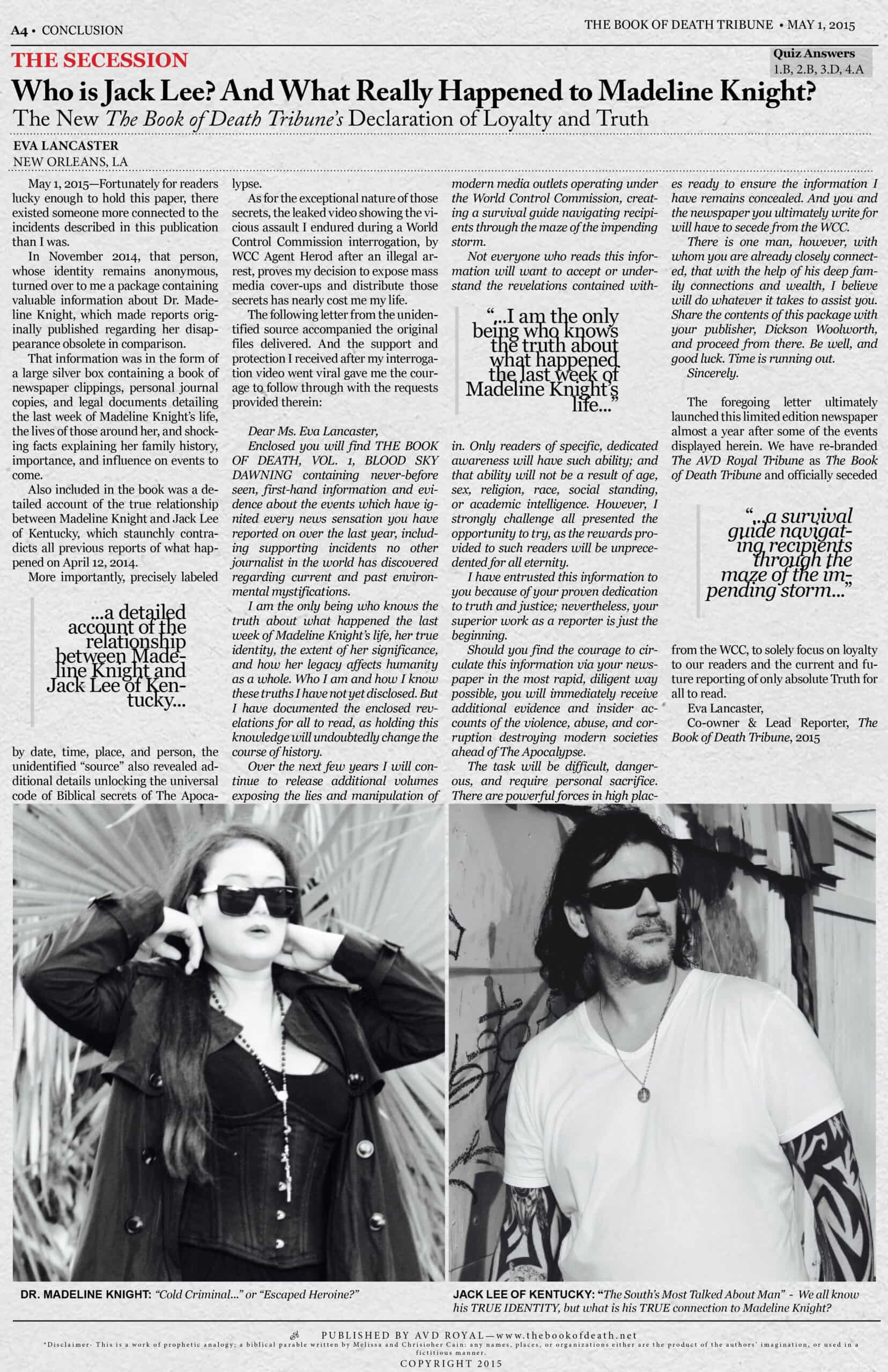 Countdown to The Book of Death, Vol. 2 - Era of the Ether "IMMORTAL WARFARE BEGINS" 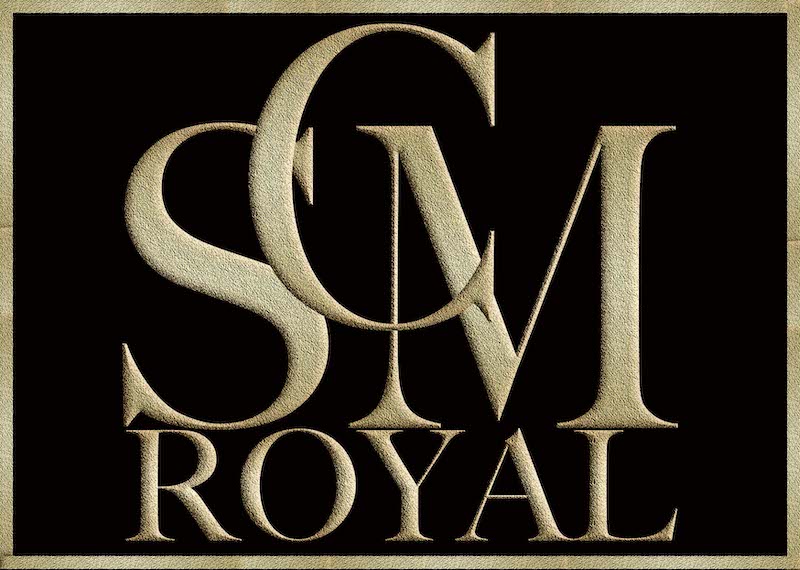